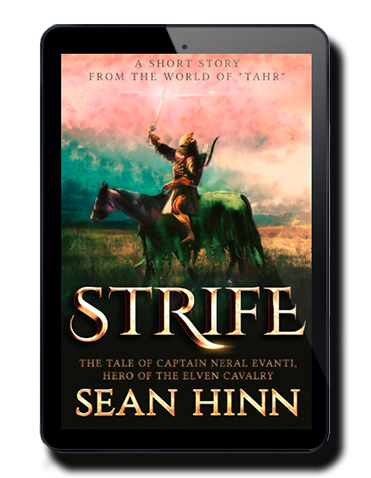 THE TALE OF CAPTAIN NERAL EVANTI, HERO OF THE ELVEN CAVALRY

When famine and disease spread throughout Tahr killing the royal family of Mor, a new and terrible ruler ascends the throne of men in the chaos that ensues. King Halsen the First unites the tribal orcs and trolls with the people of Mor through a common hatred, claiming the elven people of Thornwood are withholding a cure to the Strife.

Captain Neral Evanti and his courageous son Banor lead a heroic charge of Cavalry in the ensuing war on the Praër of Thornwood as the peace of an age is broken.

Strife is the backstory of Captain Evanti, a beloved character in Omens of Fury, The Days of Ash and Fury Volume One.

Get Strife free in your email, right now!

Get my free book